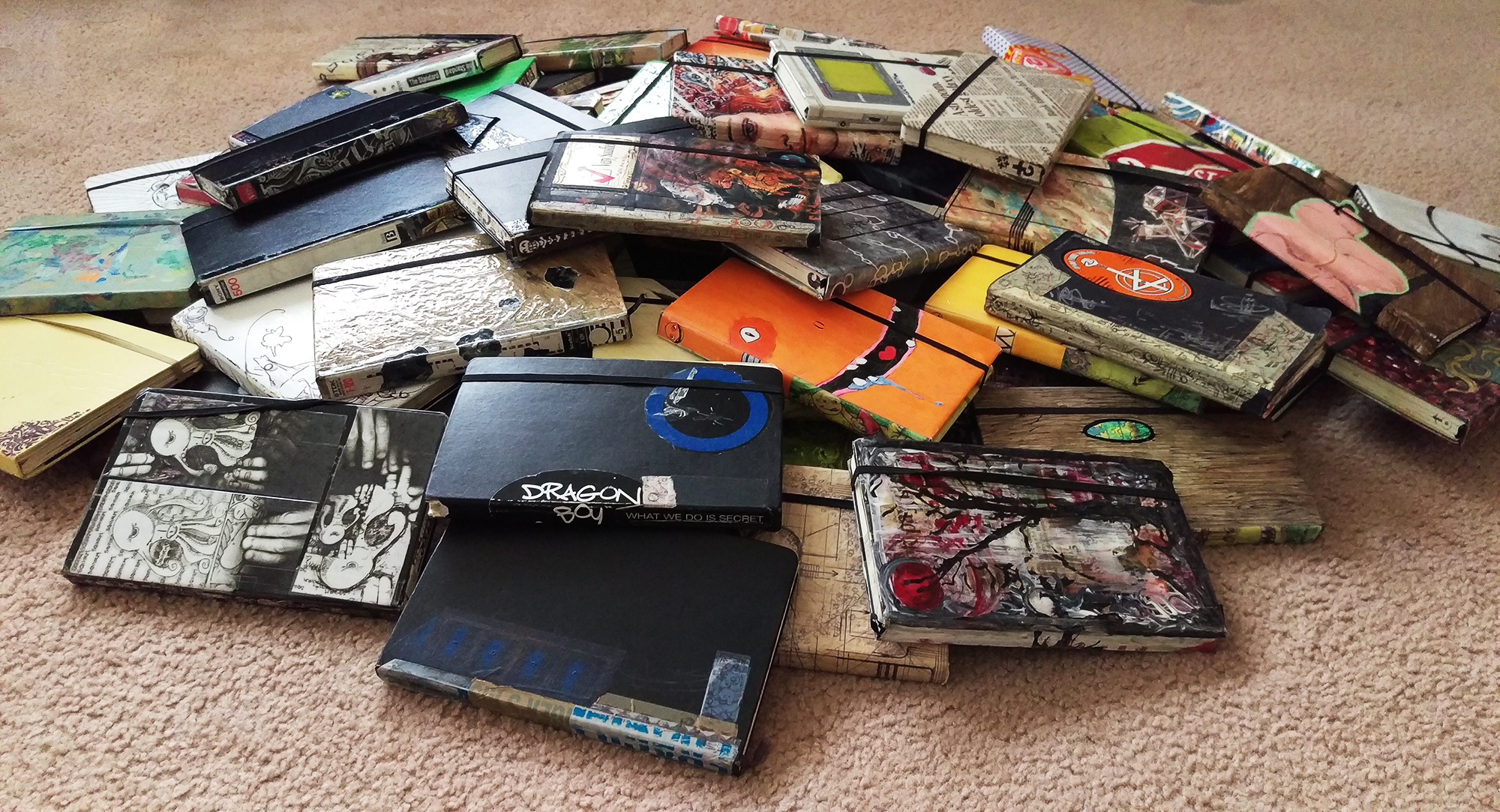 In 2007 I began keeping a regular sketchbook. Before now they’ve pretty much been boxed up and in a closet, so I decided to share some of this stuff. 🙂

The first few sketchbooks were classic Moleskin Medium black notebooks, but that got expensive so I resorted to Piccadilly Medium black which are almost identical and $5.99 instead of $19.99. In general it takes about one to three months to fill up a book. At the time I wasn’t really considering a career in art, having just moved to Los Angeles to work in the Film/TV business, so a lot of the notebooks were full of random ideas and daily planning, in addition to the sketches.

Here are some of the sketch books from the very start (circa 2007): 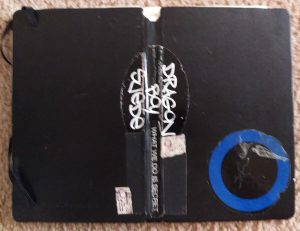 I found writing in the notebooks to be sort of cathartic, especially with the stress of being new to Los Angeles, living on my own for the first time and having zero money. 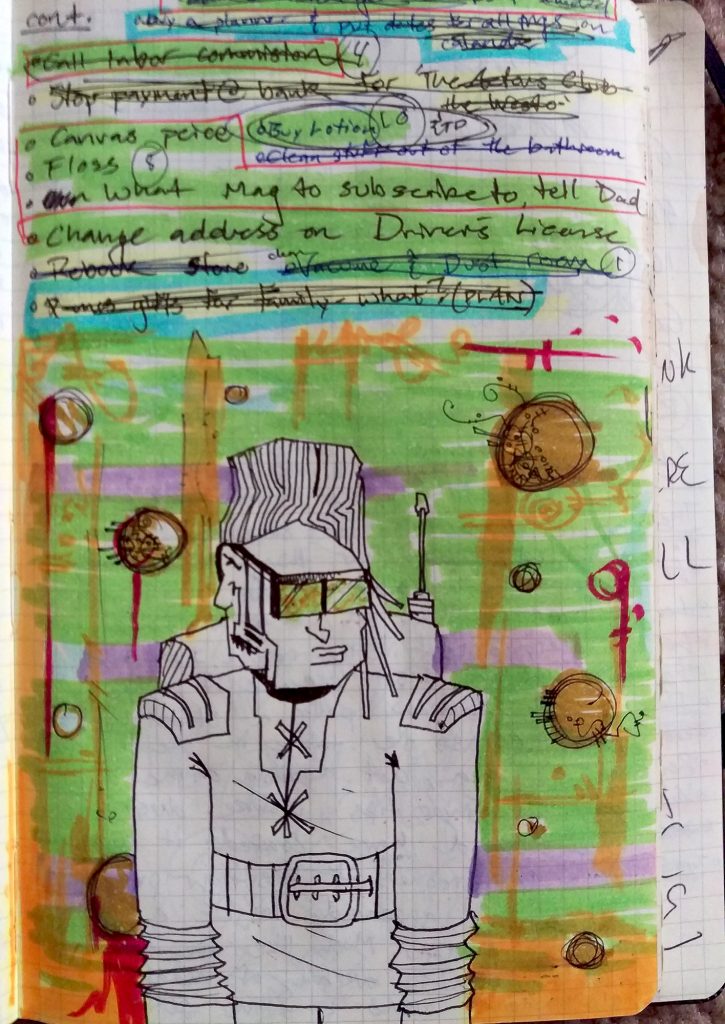 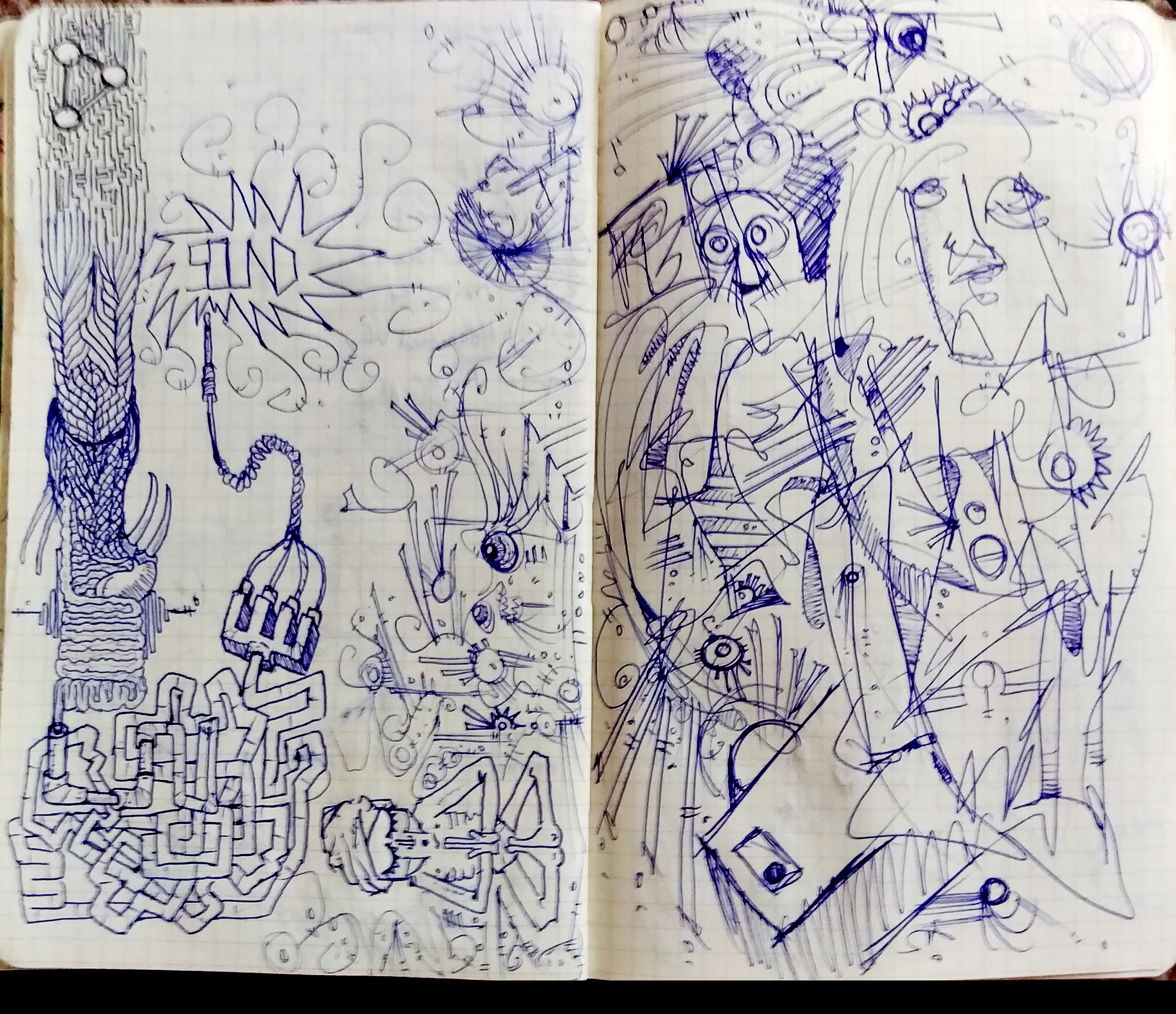 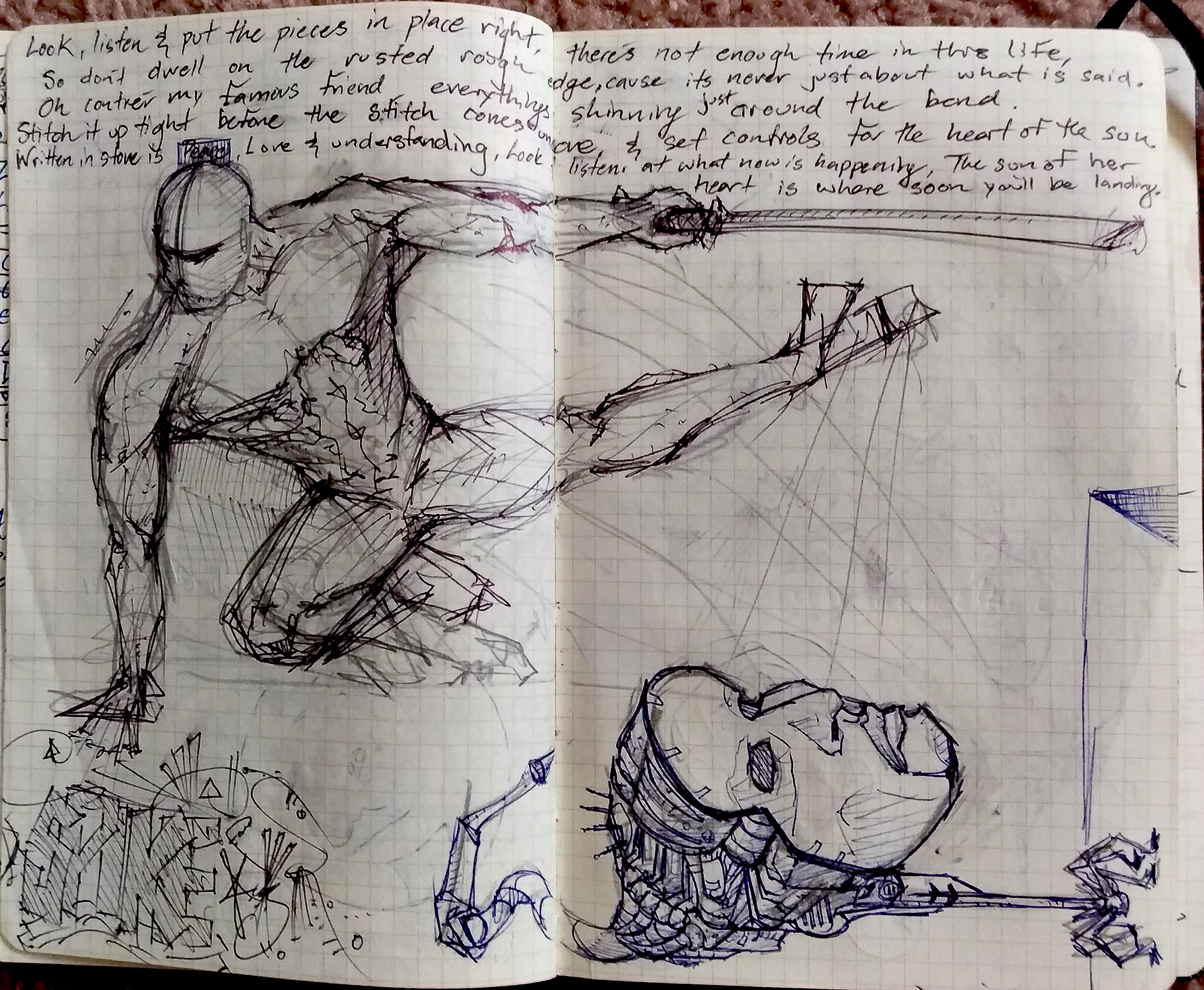 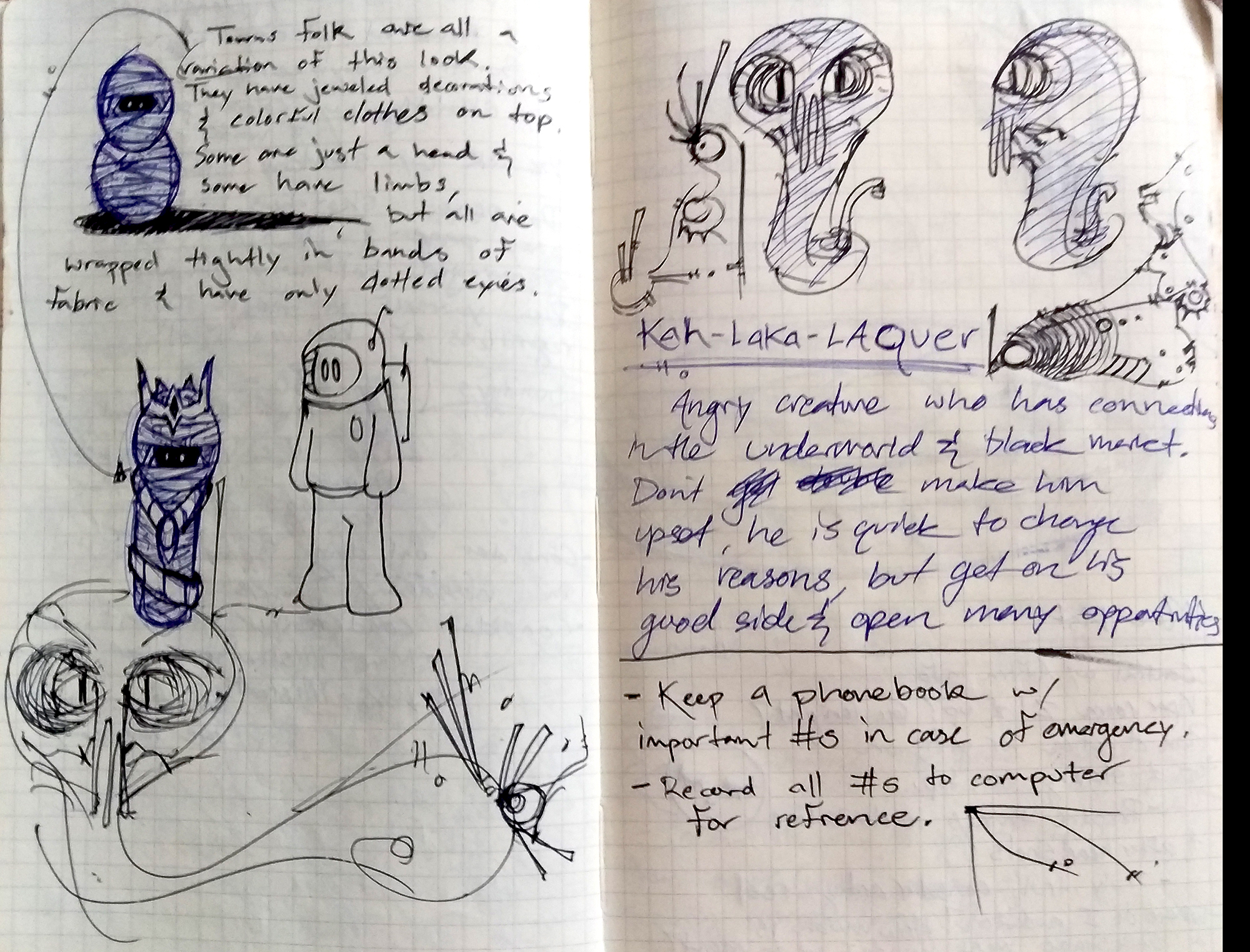 It’s a lot of fun to go back through the books and remind myself of all the wild times. It can be good to get some perspective on how far I’ve come artistically and personally. Every once in a while I’ll find something that surprises me. “I can’t believe I was drawing cool stuff like that back then, why haven’t I been drawing more of that!?” Lol.

The two biggest reasons to keep the sketchbooks (aka: notebooks, journals, or just usually just ‘books’) for me are:

1) Practice, practice, practice! It became habit to pull out the book, which I had with me where ever I went, and doodle, sketch, write or plan things. Now it’s second nature to go to the book in any idle moments (hopefully instead of the cell phone), and all that idle time and sketching adds up!

2) The books hold tons of ideas from throughout the years. When I go back and look through them there are seeds to so many great concepts (at least I think so). There are so many ideas that would have been lost to the years that I can continue building on. 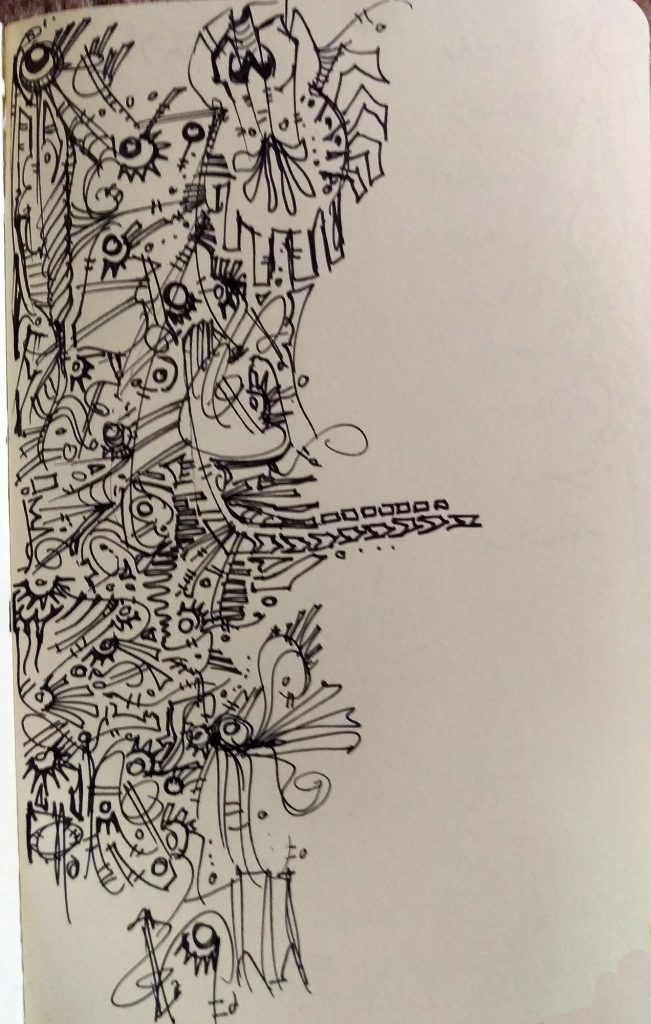 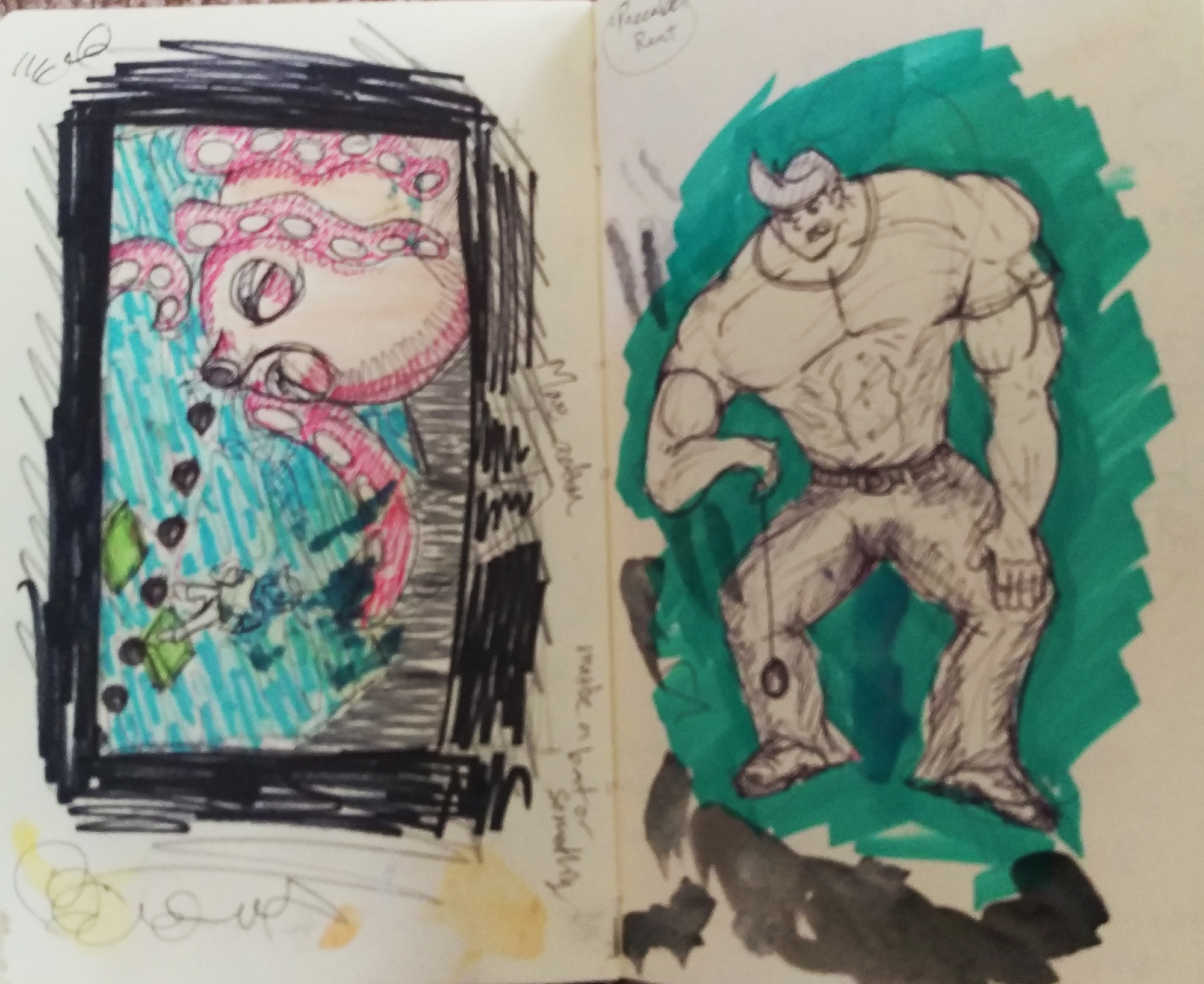 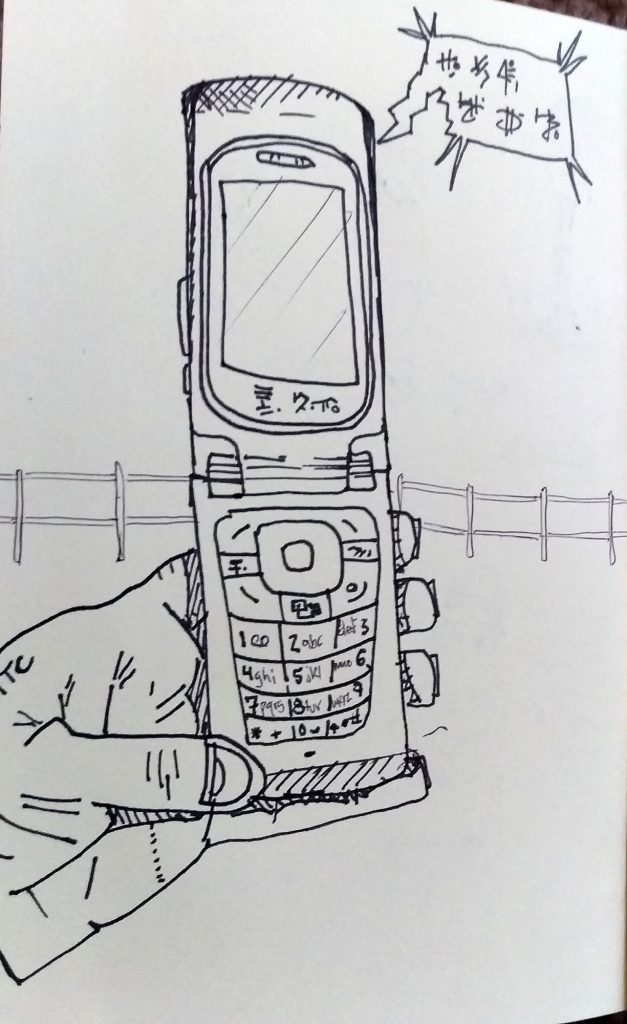 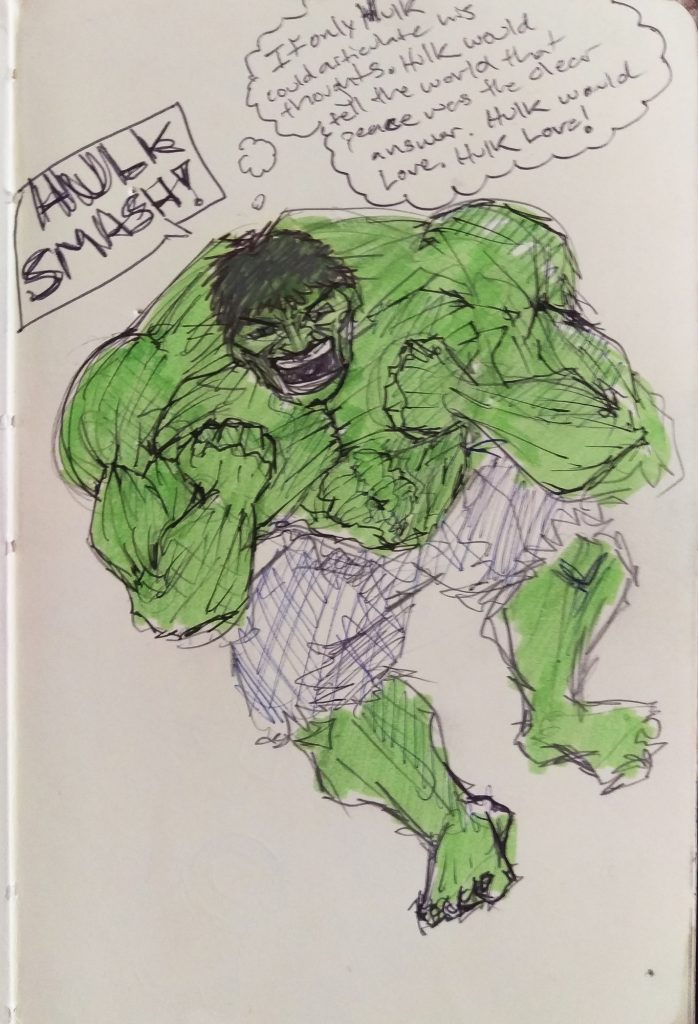 I will share more on these sketchbooks sometime! Tell me what you think in the comments. If you have any questions, feel free to ask. Thanks!